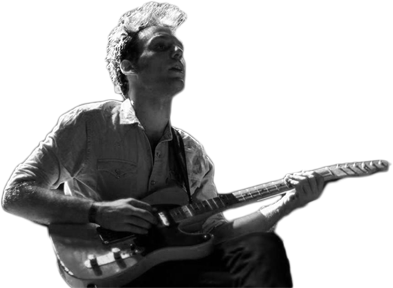 "From Pilot Project to Millionaire!"

Gaudy, a pompous nickname for a simple but substantial artist.

He lives in downtown Athens, Greece, gets around on his bike and studies theology.

His first distinction came with his participation in the 48 Hour Music Project, where he won awards for Best Song , Best Lyrics and Best Cover Art with the song "The Absence Of Many".

George Gaudy is one of the most promising names in the indie Greek music scene. In spite of his young age he assimilated the discography of Tom Waits and Nick Cave, Punk, Rock and Roll and the Jazz greats.

He plays the classical piano, sleeps late, and frequents the center of Athens.

A great musician, that writes songs and poems.

George Gaudy studied classical piano as a child, but everything really started when he found his father's electric guitar in the attic.

After years of experimentation with various musical instruments and cheap cassette recorders, student parties and session work as a pianist and guitarist, he composed, arranged and produced his first album.

In 2011 "Come Again", one of the most peaceful moments of his not yet released debut album, was named Song of the Month by Jumping Fish, one of the most significant web music portals in Greece.

His first album, "Millionaire" was released by Archangel Music in 2012 and enjoyed critical acclaim and radio success.

Since then, George Gaudy has participated in several live events and sold out festivals around Greece and toured nationally.

Right now, he 's recording songs for his next album and getting his piano degree.

In order to signup you must accept the Terms and Conditions.

Are you sure you want to remove your selected photo?
Yes No

Are you sure you want to remove selected Music Demo?
Yes No

Are you sure you want to update the Title and Credits of your Music Demo?
No

We are sorry but your session has timed out!
In order to perform selected action you must login.